Everything You Should Know About Animated Icons Animated icons are the evolution of decades of progress in web development, accumulated through different graphic interfaces, operating systems, and internet browsers.

Why are Animated Icons More Popular Than Ever?

Once the internet became a commercial commodity, we began to focus on the user experience. UI designers started using animated icons as one of their go-to tools.

Because marketers recognized that pages with movement are more engaging and led to higher conversion rates. As the internet evolved, animated icons became crucial tools for creating highly engaging pages that kept users interested and moved them along the sales funnel.

However, thanks to the new technology and file formats such as Lottie, developers can incorporate motion into web pages much more efficiently than in the past.

How Animated Icons are Used

Internet marketing is a game of small margins. Increasing a conversion rate by 1% can make or break a business. Incorporating motion to static pages can give companies an edge and boost conversions enough to become or remain profitable.

While designers use animated icons to boost engagement and lower page bounce rates, they can also help users navigate a sales funnel.

Animated icons like scroll-down arrows can direct users to elements of the page that generate income or require attention. Motion can also be used to attract the eye and invoke a call to action. For example, a ‘Buy Now’ or ’Subscribe’ button will get more attention if it is animated than if the button is static.

Motion graphics also make the user experience more enjoyable. Consumers have many options online; boring pages without any interactive elements aren’t effective. Including animated icons is one of the best strategies to differentiate web pages from competitors and create an enjoyable online experience.

Including animations on web pages and applications creates interactivity between the user and the content. We have multiple options for how we can manipulate graphics that directly involve the user.

On-Hover - The animation is stagnant until the user moves their cursor over the icon.

On-Page Scroll - Only when the animation is in a specific position in the viewport will it play. Developers can customize the exact position and how the energy is played as the user scrolls the page.

On-Click - Icons begin moving only when the user clicks on them.

On-Page Load - Developers can customize their animations to begin playing on page load by choosing specific parts of the animation to play, when to stop, or keeping it running on a loop.

Loop - Playing an animation on-loop can be done on-click, page, load, or any other time specified by the developer.

What are the most popular file formats?

For decades the GIF file format has dominated web animations. The first GIF file was used in 1989 and has been the primary choice for web developers since. While GIF files work well, they are raster-based and relatively large, limiting their ability to scale and will slow down page load speeds.

Other popular file formats include MP4 and SVG. The rise in HTML5 in the late 2000s allowed properly coded .MP4 files to be much smaller and compatible with modern web pages. SVG files have also gained momentum because they are vector-based, smaller than GIF, and scalable.

The future of online animations is JSON-based. The file type is exponentially smaller and more accessible to manipulate than all other popular formats. GIF and MP4 have worked in the past, but as web content becomes increasingly complex and users transition to mobile, developers need lean solutions to incorporate animation.

Lottie is by far the most effective way to utilize animated icons. Not only is the file format exponentially smaller than GIF, MP4, and SVG, the animations can be customized with a low barrier to entry. Instead of creating a new animation, icons built with Lottie can be manipulated with a basic understanding of code or through a fully customizable library platform like Creattie.

How To Create Animated Icon

The first step is designing the icon. Many motion graphics artists use Photoshop or Illustrator depending on if they want to use raster or vector images in their animation. We recommend using a vector because the icon will be scalable and won’t be pixilated if enlarged.

If you are making a 3D icon, you will want to use an advanced software application like Cinema 4D.

Next, choose a motion graphics tool to bring your icon to life. We recommend using After Effects with the Bodymovin plug-in, especially if your workflow consists of other Adobe products.

Bodymovin parses the animation into JSON; then, it can be exported and rendered natively.

Customizing JSON-based Lottie animations can be done easily if you have some basic coding knowledge. However, if you are working in Webflow, many customizations are built into the platform allowing developers to manipulate the animation without using code.

Creating your own animations is more accessible now than another time; however, the process is still time-consuming. The advantage of making your own animated icons is that they will be unique. The internet is currently overloaded with the same generic icons built into WordPress.

Choosing a library of customizable pre-built animations is a much more efficient strategy. However, many of the libraries online are over-saturated and don't offer unique designs. You need a library of animated icons with unique, customizable designs that are easy to incorporate into your projects.

Lordicon is one of the most popular and widely used icon libraries online. However, while the selection is pretty solid, you need to pay a monthly fee to access all the designs. In addition, the customization capabilities are limited; you can only change a few colors and adjust the borderline stroke.

Icon8 is another popular option, but here if you need to get only one icon, you'll have to purchase the whole pack which might cost up to $199.

Lottie animations from Creattie can be seamlessly added to all types of online content and work perfectly for various industries. Creattie is free to use, no need to commit to a monthly contract. Lottie is the future of web animations, and Creattie gives you access to a library of pre-built designs ready to increase engagement and boost conversion rates. Visit our library of animations today for an essential addition to your design toolkit. 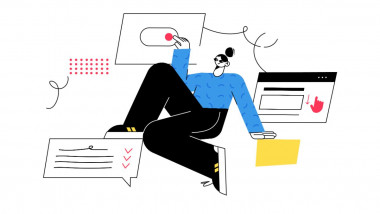 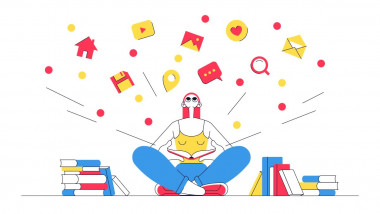 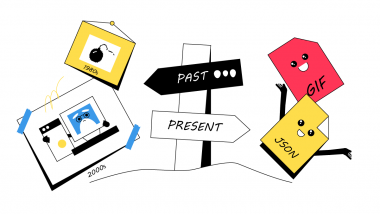 We cover their history, how they continue to keep users engaged, and where to find the best library online.